I’ve been in the Android ecosystem for a few years now, and tend to make 1-2 Google Play purchases per month, usually removing adverts from a super casual game. To analyse this data, I wrote a little script that is now hosted on this site!

Whilst there are a few apps already that give you a summary of your purchases, I wanted a solution that could provide basic stats without needing to install anything, connect any services, or transfer any data.

First, we need to download our purchase history from Google Play:

Within a couple of minutes, you’ll receive an email with a link to download your data export! 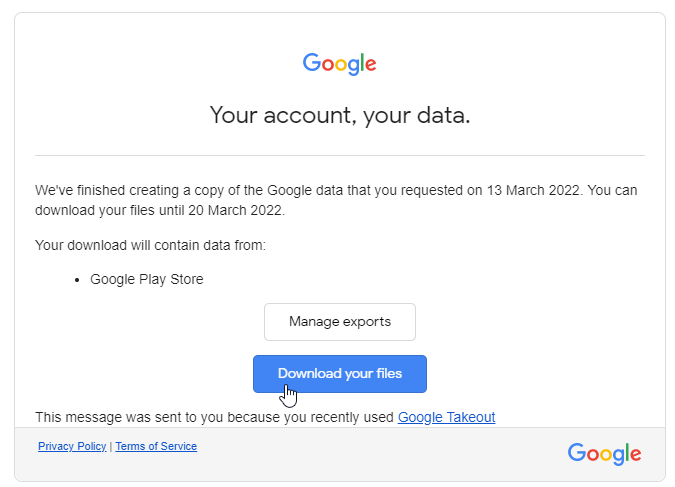 Once your export is downloaded, unzip it (unzipping instructions, if needed).

Optional: Whilst none of this data is sent during analysis (I don’t even have a server to receive it!), you may want to open your export in notepad or another text editor, and redact any sensitive information. For example, you may want to search for “Mastercard” and remove the last 4 digits of your card number.

Head over to the purchase history analyser, load your file (it isn’t uploaded, just loaded locally), and you’ll see the following totals:

You’re also more than welcome to look at my purchase history if you like, I’ll be analysing it below!

In looking at my purchase history, I was a little surprised to see a total amount spent of £450!

However, the real amount spent is closer to £350. This is due to:

Unsurprisingly, most of my purchases were in-app purchases, with most apps having 1-2 purchases. Whilst I mostly buy games, I tend to avoid buying shady in-game currencies / boosters and prefer one-off payments for permanent boosts.

Also unsurprisingly, most of the games are idle games / incrementals! These are quite often aggressively monetised, usually with some sort of permanent XP / reward boost. Once I’ve spent a few hours with a game, I generally don’t mind spending ~£5 on advert removal, especially if it includes additional perks.

The years I’ve purchased items makes sense. In 2015 I was first starting to buy apps and in-app purchases, before burning out a bit in 2016. Since then I’ve been relatively consistent with number of purchases, making a purchase every 2 weeks or so on average, although 2018 was an expensive year! 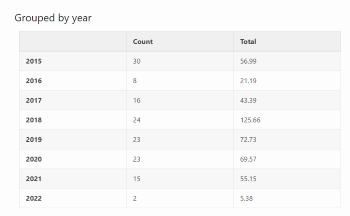 I was surprised how evenly distributed my purchase times are! I assumed most purchases would be in the early evening, but instead my busiest times seem to be 7-8AM and 11PM!

In fact, there’s at least 1 purchase at every single hour of the day, including the early morning. I think this is due to the occasional night where I have trouble sleeping, and am just killing time on my phone. The sleep deprivation may also lead to a lapse in impulse control..! 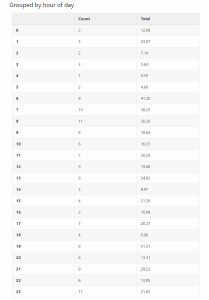