With Forza Horizon 5’s fifth series, Horizon Rush Takeover, a ton of new PR stunts & a stunt arena were added alongside the usual cars. Additionally, 23 new accolades were added, here’s how to get them all!

These are the simplest to get, and self explanatory:

A pretty easy speed zone, it can be done with your preferred street racing car e.g. Sesto Elemento. Approaching from the west and just driving the zone will get you over the required 150MPH easily. 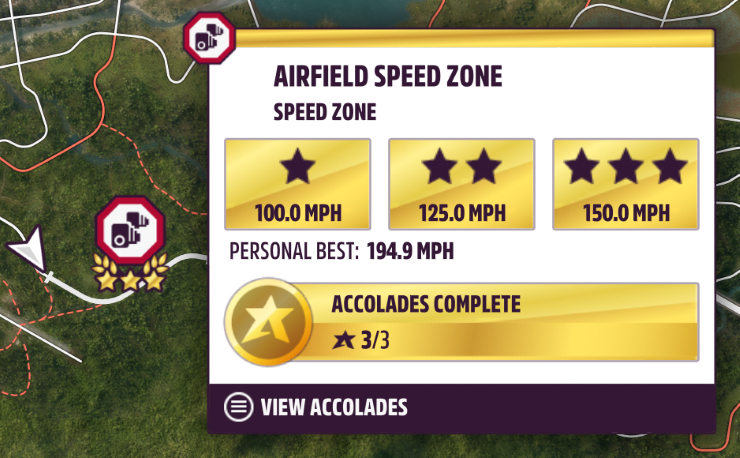 This speed zone is a little trickier, and requires a good offroad car. Approaching from the north west lets you cut a few corners quite aggressively, and once you know the route shouldn’t take long. A few car options, S1 should be enough to get the required 90MPH: 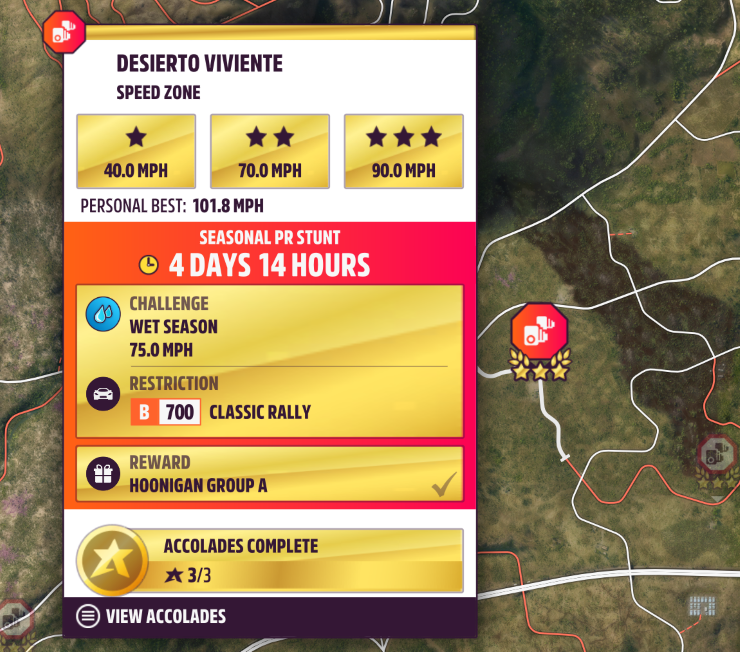 This is down the high speed highway in the middle of the map, and is a great opportunity to bring out the max speed cars like the Jesko! Approaching this from the west and getting a big run up will let you hit 300MPH+ (well over the required 260MPH).

It’s worth mentioning I had a weird lag spike every time I entered the speed zone, making the slight left over a hill a little challenging. 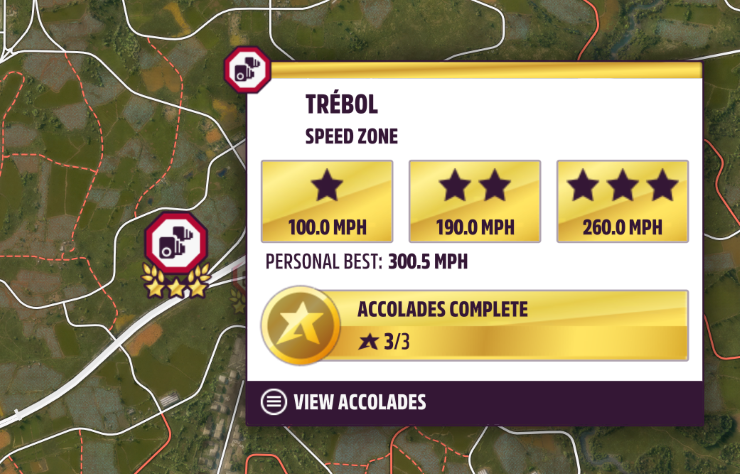 Whilst this speed zone is pretty easy in the reliable Sesto Elemento or any other S2 car from either direction, the mixture of straights and corners makes it a tricky one to pick a perfect car for. Everything I tried seemed to get around 141! 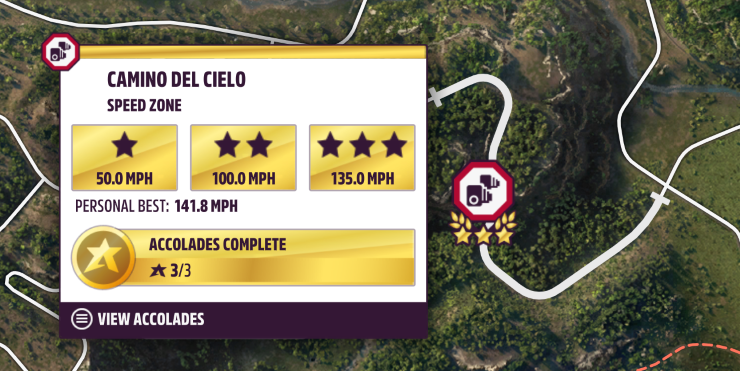 Horizon Style worth 250 points and rewarding a Horizon Rush t-shirt just requires completing the new parade race. This can be done on any difficulty, but it’s a pretty easy race! Feel free to drift the ridiculous parade float around corners, and barge the AI out of the way. 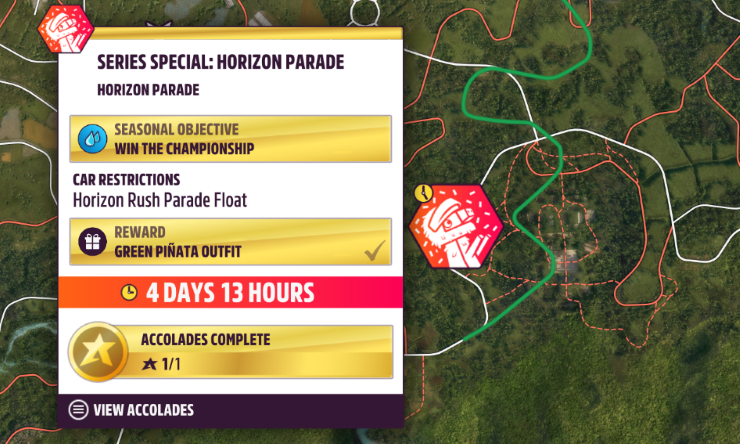 Series 5 Collector worth 1000 points isn’t obtainable at time of writing, but you’ll get it automatically by the end of the season if you’re completing half of the tasks! Here are the required cars: