I’ve spent my entire life disliking sports. Hated doing them at school, couldn’t care less when they were on TV, didn’t see the appeal whatsoever, and at 29 I assumed the appeal was never going to “click”. That was until… Formula 1 became an obsession ~6 months ago. But why?

When I was younger, I vaguely remember a routine of my dad watching painfully dull sports on a Sunday afternoon and falling asleep. Snooker, Formula 1, golf, it all seemed pretty much the same thing: background TV to doze off to. As such, I completely ignored anything F1 related, just like football or rugby.

That was until a year or so ago, when it suddenly exploded in my consciousness. I’m genuinely curious where the interest came from, so decided to track it down before F1 became too ingrained to remember the before times!

As far as I can tell, it was a 3-pronged attack: Engineering, Entertainment, and Gaming.

As a software engineer who has used computers heavily their whole life, I’ve always cared about software. I’ve also always had a tangential interest in hardware, from building a few computers to taking devices apart to see how they work. I think this interest, and how it applies to an interest in Formula 1, can be considered a direct progression:

As a kid, just like… pretty much everyone I knew, I spent hundreds of hours with LEGO. This instilled an instinctive interest in how things work and improving designs.

In fact, all my LEGO sets are based on real things, usually vehicles of some sort!

Perhaps because of this, I’ve always been fascinated by the physics of materials, of interactions, etc. This is why I enjoy things like LockPickingLawyer, post 10, bigcliveddotcom and Hydraulic Press Channel among many others.

This all became relevant when I realised how crucial tyre wear, aerodynamics, and materials used were to every Formula 1 race, and that it was essentially a giant applied physics lesson.

Despite not having any interest in owning a car, and exclusively using public transport, I do care about engines and self-driving cars. The conversion from one energy type to another (e.g. chemical energy into mechanical energy + heat in a combustion engine) is a truly fascinating topic. This ties back into the first “stepping stone” when considering LEGO sets like the Land Rover Defender, with a fairly detailed engine that I built recently: 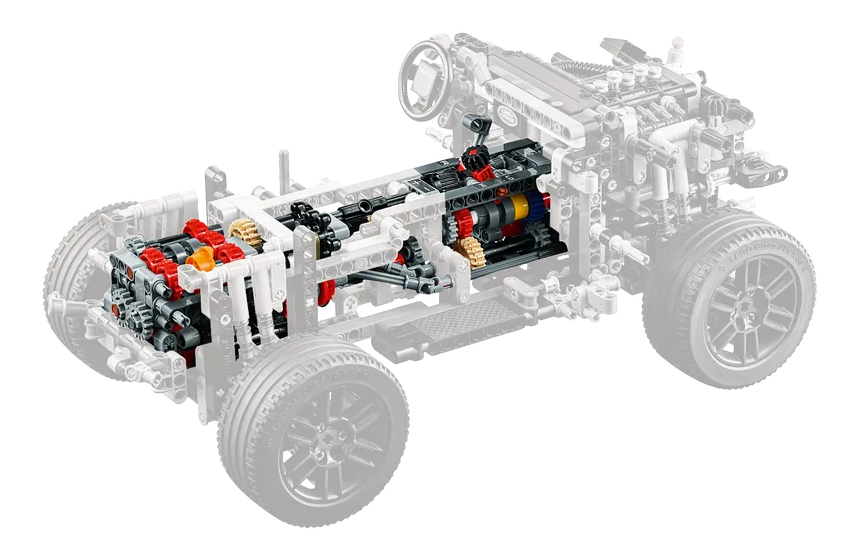 Putting this together definitely made some of the engine-related lessons learned from James Bruton, Driven Media, The Engineers Post, and Superfastmatt more tangible. Having a basic understanding of engines also helped me appreciate the genius and hard work that goes into all car creation, but especially pioneering cars like Teslas and Formula 1.

On the topic of Tesla, regardless of the failings of Elon / Tesla, from an engineering perspective their gigafactories are absolutely astonishing. They are the “machine that makes the machine”, and feel like the engineering future games like Portal prepared us for. Here’s a drone flythrough:

I won’t go into my interest in space too much (it could easily be an endless series of posts…), but I’ve followed the engineering behind Falcon 9 and Starship among other rockets, as documented by Everyday Astronaut, Scott Manley, NASA Spaceflight, Marcus House and countless others for years.

There’s a lot of obvious similarities between rockets and cars, with the main difference being one moves mainly horizontally and one vertically! Okay maybe there’s a few more differences, but the core concepts of pushing engines and aerodynamics to their absolute limit and breaking new ground definitely heavily overlap.

Both also require an astronomical amount of money and demand complete reliability at every millisecond, whilst fusing together hardware and software to control technology too advanced for a single driver / pilot. Many astronauts and F1 drivers have died in the pursuit of speed and reliability, but when it works the frisson is undeniable.

This has been one of my favourite videos since release, and I can’t help but revisit it occasionally as an almost perfect visualisation of human effort creating technological brilliance:

Well, if changing 4 tyres safely in 1.82 seconds isn’t a pinnacle of human skill + engineering, I don’t know what is! Except maybe doing similar times back to back….

The engineering expertise that went into making something like that possible, whilst also creating cars that can drive absurdly fast laps around tight city streets like Monaco is honestly staggering.

Confession time: Drive to Survive made me watch Formula 1 properly for the first time.

I know, I know, I now share all the same complaints about dramatisation, inaccuracy, out of context audio and false representation as everyone else. HOWEVER despite all that, it is a very engaging and entertaining show, to the point that my partner and I watched it together, despite her having no interest in cars / engineering / racing whatsoever. And yes, okay, maybe some of the appeal for her was eye candy like Charles Leclerc…

Anyway, after watching a couple of series of DtS without considering watching the actual races, I saw a few articles about the 2021 final in Abu Dhabi. An entire championship, between 2 fierce rivals, decided by a single race? Alright, I’m in!

The context of F1

As everyone knows, the race (fairly or not) was then eventually decided by the final minute or two, and it was easily more intense than any fictionalised sports event I’ve ever seen. This was when I finally saw the appeal, all at once.

Once you’re more aware of the drivers, their back story, the behind the scenes drama, and the company history, the generic names become a lot more relatable and easier to care about. For example, McLaren are based in the same town as me(!), and I realised I’ve been walking past their offices at least once a week for years!

Shortly after suddenly realising I actually enjoyed the race, I discovered… races are actually pretty rare! I didn’t think about it much, but assumed races were like football, which seems to have an endless flood of 20 matches every week. Formula 1 however is… a single ~90 minute race every 2 weeks, with EVERY competitor. The excellent commentary by David Croft and Martin Brundle is also the perfect combination of beginner friendly whilst still providing plenty of info for those that have seen a few races.

From these commentators I’ve learnt so, so much about tyre strategy, racing lines, the rules of F1, and far more.

Given this rarity of races, making the effort to watch it live with others (on Discord) makes a lot of sense. It also makes rewatching previous seasons worth the time, since it’s a few concentrated hours of racing, not hundreds. Speaking of rewatching previous races…

Formula 1 TV is amazing. It doesn’t feature live races due to licensing issues, but for archive races it’s unbeatable. It has the main stream you see on TV, but also MANY more angles in case you want to see a specific interaction from different driver’s perspectives. I promise this isn’t a sponsored post, but £2.29/month for this is great value!

Finally, I want to mention the great community Formula 1 has. It’s really interesting seeing the stereotypical sports “my team is better than yours” being transformed into a discussion about driving lines, car suspension, etc! Whilst everyone has their favourites, the discussions often feel like they’re backed by evidence and engineering data.

They’re easily my favourite genre, and I generally 100% the games as they come out. For a few months I spent most of my free time grinding repetitive rally game stages whilst listening to audiobooks!

I finally got to play Forza Horizon 4 after getting game pass for free, and… I was hooked. Easily the best racing game I’d ever played, and a strong contender for favourite game of all time. I 100%’d it, did all the ridiculous completionist tasks, and even bought a key for Forza Horizon 3 (no longer officially for sale) just to get my fix! I also tried Forza Motorsport 7, it was a bit too sim-y for my liking though.

Then, when Forza Horizon 5 came out, I repeated the whole process again and… I’m still hopelessly hooked.

In fact, Forza Horizon 5 features a global leaderboard of overall completion, and at one point I was #119 out of ~13 million players. I’ve slipped down to 200 something by now, but hopefully this shows how “into” Forza I am! Perhaps with this strong interest in racing, I should have looked into Formula 1 earlier..!

So, what can possibly be learnt from this long, rambling post about finding a new interest?

Well, that new hobbies can really sneak up on you, and yet their origins can probably be traced if you look hard enough. This was the first time I’ve tried doing this, and of course it’s a very navel-gazing activity, but maybe one day it’ll be helpful to some Formula 1 marketing intern!

From a personal perspective it’s been fairly interesting to think about, and it shows how an arbitrary event / interest can be seen as “inevitable” if you selectively choose evidence. In reality, it was a few events aligning and mostly chance.